Show You the Money ?

Show Me the Meter !

If you are going to bill tenants or participate in government incentive programs, you need to choose an electrical submetering platform that is robust and accurate enough to handle the job.
Content
Show Me the Meter !Seven Criteria to Rule them AllAdditional Resources

Show Me the Meter !

There are many reasons for property managers and building owners to consider using regulated meters over non-regulated ones. A primary one is the requirement for an approved instrument of measure when allocating energy costs to building tenants.

But even if the current objective is not tenant billing, goals change. The slight incremental increase in project costs associated with using approved meters versus unapproved ones makes sense for keeping your options open. 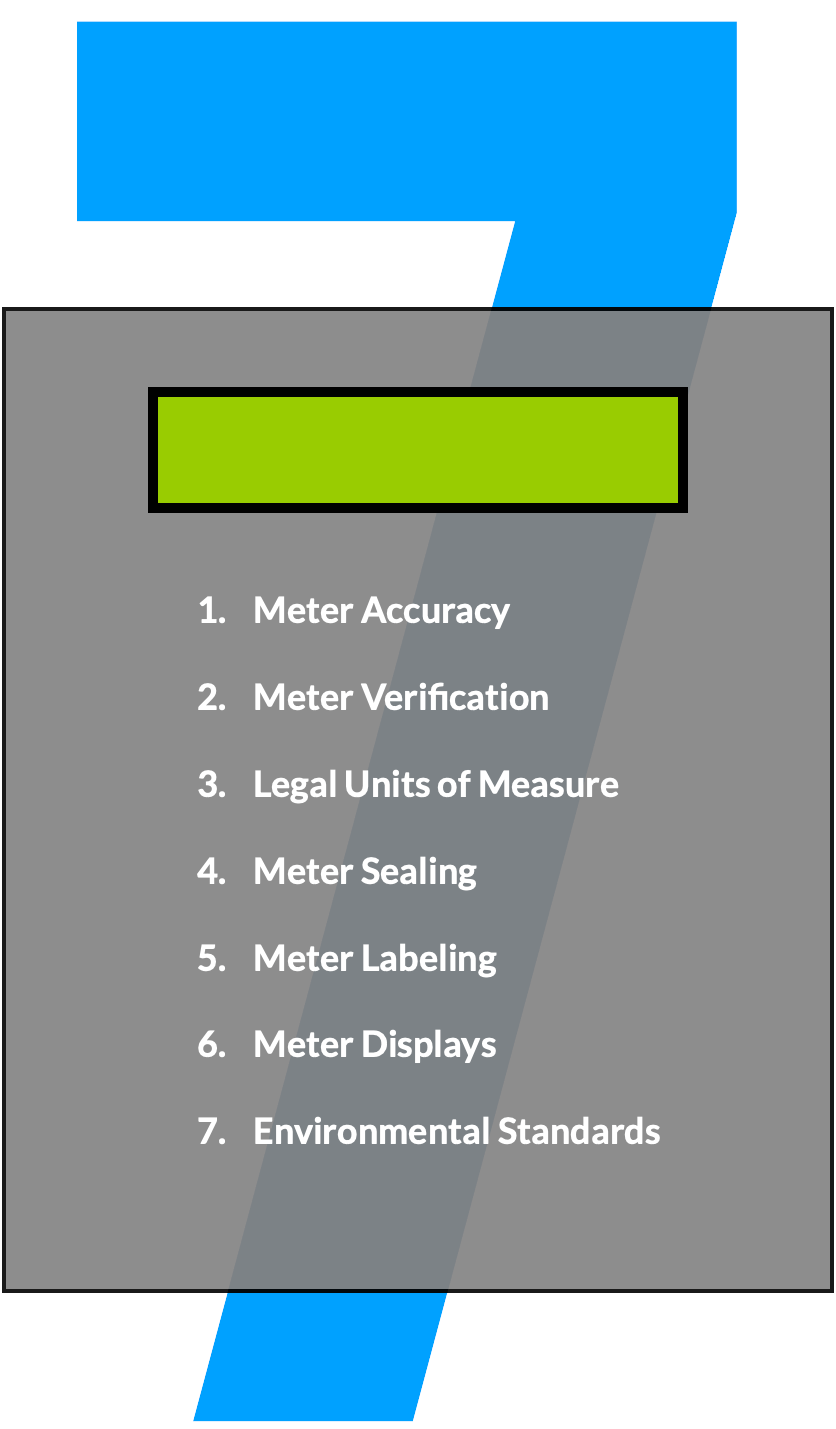 Seven Criteria to Rule Them All

At Triacta Power Solutions, we have been designing and developing multi-point electrical meters for highly regulated markets since 2003. We know what it takes to make meters that meet and exceed the highest industry standards.

Let‘s take a deeper look at what it means to have a meter that is “regulation approved.”
1. Meter Accuracy
The gold standard for meter accuracy, and what is typically required in billing applications, is ANSI C12.20 0.5 accuracy class. In the past companies could self-declare their adherence to this standard. However, most jurisdictions are now requiring a third-party test to validate compliance.

This ANSI standard sets out several criteria for the electrical performance of a meter over specific environmental and electrical operating ranges — with optimal conditions demanding performance within a +/- 0.5% error.

It’s not good enough to test a meter at room temperature for accuracy and declare victory. Meters must pass testing across all ranges of typical meter deployment to meet the standard.

Metering System Accuracy
It's important to note that the combined errors of an electrical meter, PLUS the current transformer used in conjunction with it, constitute an acceptable accuracy performance of a metering system.

Meter accuracy is applied differently depending on the type of meter in question. When it's a type-approved integrated single-point meter, such as a residential or light commercial meter mounted on a meter base, 0.5% refers to the total accuracy of the meter plus current sensors that make up the metering system.

When it's a type-approved transformer rated meter, with type-approved external current transformers, the accuracy of the meter (0.5%) plus the accuracy of the current sensors (0.15% to 0.3%) results in a metering system accuracy specification of 0.65% to 0.8%.
2. Meter Verification
A significant problem facing meters is that they are known to drift and become less accurate over time. They may even become non-compliant by drifting entirely outside the specification for which they were initially approved.

Regulatory bodies have created re-verification requirements to address this issue. These requirements set a valid “seal period,” requiring re-testing when the period ends. This process results in either a pass and “go-ahead” for continued use under a new set of constraints (a new verification period, for example) or the requirement to replace the meters altogether.

It’s essential that meters remain accurate for as long as possible and that they have a cost-efficient installation and replacement methodology that facilitates easy removal, testing, and replacement.
3. Legal Units of Measure
In today’s metering world the days of just needing to know monthly kWh consumption are over. Time-of-use, peak demand, VA demand, energy received and energy delivered are all becoming important considerations. How these measurements are taken and delivered have very rigid specifications, and a meter must be approved by the regulatory entity with regards to each of these parameters. 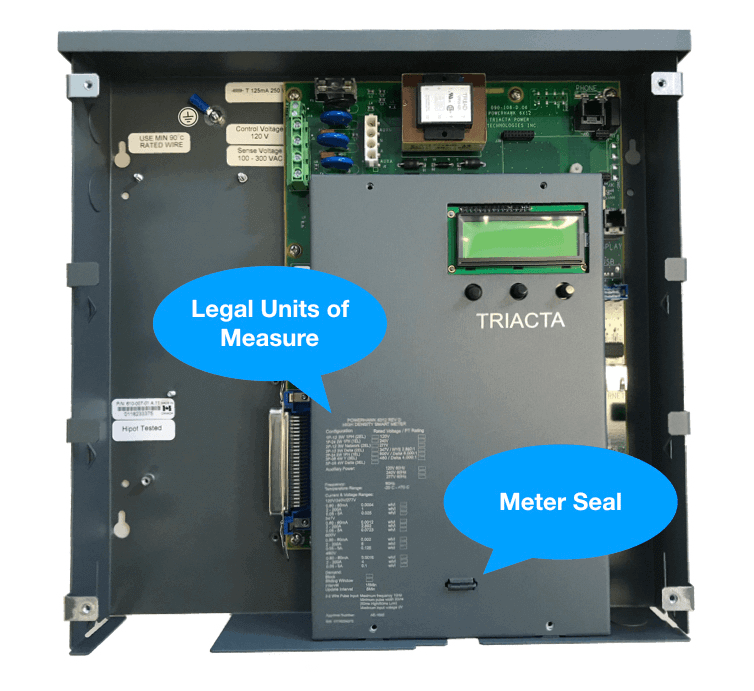 Triacta PowerHawk Meter with Utility Cover Off
4. Meter Sealing
Meters are sealed in some jurisdictions to ensure that an intruder cannot tamper with the instrument without it being evident. It’s impossible to make something completely immune to tampering, so regulators make “tamper evident” the goal. Meter sealing also ensures that all in-service meters are verified to be accurate. Sealing a meter usually demands 100% testing for all parameters (kWh, Peak demand, VA demand, energy received, etc.).

Meters usually have two levels of sealing — the meter seal and the utility seal. The meter seal is typically applied by an accredited entity that performs verification testing. There must be a cover over the part of the meter that could be tampered with (electronics), which is then closed shut with a tamper evident seal. The utility seal is applied by a service provider in the field — affixed to an external housing that covers the connectors between the meter and the circuit being measured.
Firmware Revision Control
A significant portion of a modern meter is digital in nature and therefore dependent on firmware control. When a meter is approved in a jurisdiction there must be a very clear demarcation between code that affects the metrology (the measuring function of the meter) and any other functionality (communications for example). Any firmware revisions must be catalogued and communicated to the regulatory body, which must then approve them before they are implemented.

Because a meter’s functionality is tested before it is sealed, no changes can be made to its metrology firmware once a seal has been applied. A vendor must implement mechanisms that will ensure that no such changes can take place “under seal”.
‍
For example, a switch that disables updates in the metrology code may be employed. If other parts of the firmware are intended to be updated, the methods for such an update must be clearly communicated and agreed to by the regulatory body.  For example, a meter may have a 2-processor architecture with a dedicated metrology processor to physically separate sealable functionality.
5. Meter Labeling
A regulated meter must have labeling that clearly marks the certification it is working under and the legal units of measure that it is sealed for. Like the meter seal, this labeling must also be tamper evident. 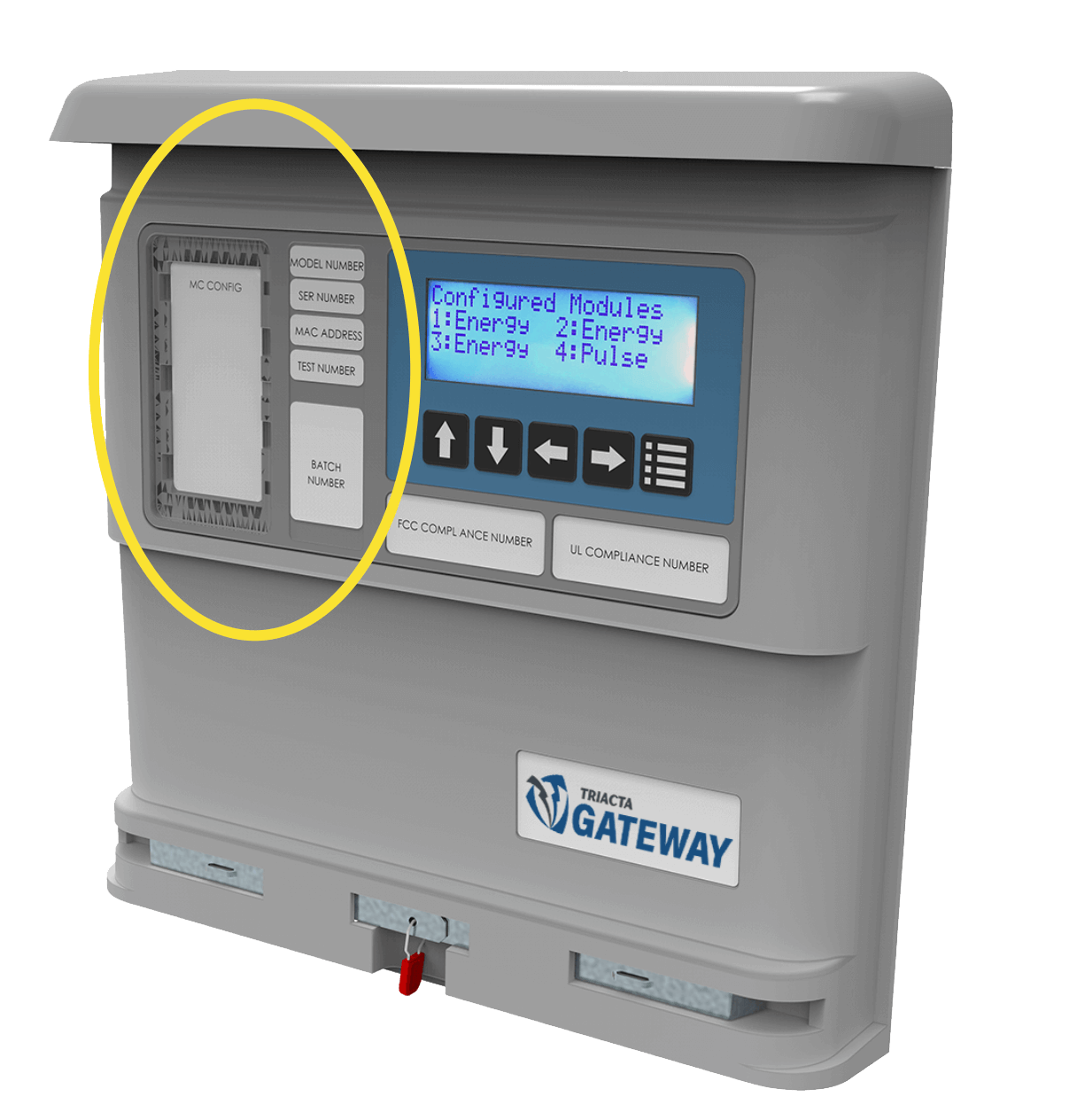 Triacta GATEWAY with Label Card Under Seal
6. Meter Display
Although most reporting is done electronically via file transfer, a meter used as an instrument of weights and measures has to deal with legacy concepts of accessibility. This typically means a physical display. Most jurisdictions have requirements related to a meters display size and legibility.
7. Environmental Standards
For electrical submeters (which are typically within a building) it is very common that they must conform to the National Electrical Manufacturers Association’s (NEMA) published specification for enclosures for electrical equipment (NEMA 250-2014).

For more on multipoint Electrical Submetering